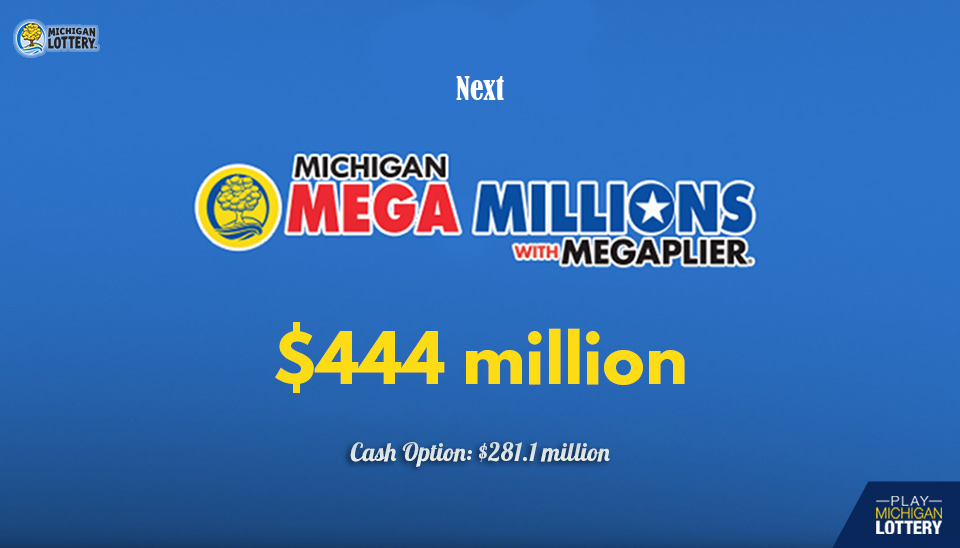 Everyone, who participated in Mega Millions May 28 drawing had the same dream – Buying a ticket with six numbers printed on it that match the numbers draw to win the $418 million jackpot prize. Unfortunately, no ticket played in Mega Millions May 28 drawing, was able to correctly predict the numbers drawn. However, a MI Lottery and a few other players came very close.

The five white ball winning numbers drawn in Mega Millions May 28 drawing were nine, twenty-one, thirty-four, forty-two and fifty. In addition, the golden Mega Ball was twenty-one. further, the Megaplier was two times.

The $1 million winning ticket purchased in Michigan was sold at Bill’s Party Store, located at 1153 E Grand River Ave, Portland. However, the tickets sold in Virginia and West Virginia had also played the Megaplier option. That option multiplied each ticket’s winnings by a factor of two, for a total prize of $2 million each.

The next Mega Millions drawing will be held on Friday, May 31, 2019. The pot is expected to be worth $444 million in an annuity. A $26 million increase from Mega Millions May 28 drawing’s $418 million. Accordingly, the cash option jackpot prize is sized at about $281.1 million before taxes.

There have been twenty-one successive jackpot rollovers since the 12th of March Mega Millions jackpot win.