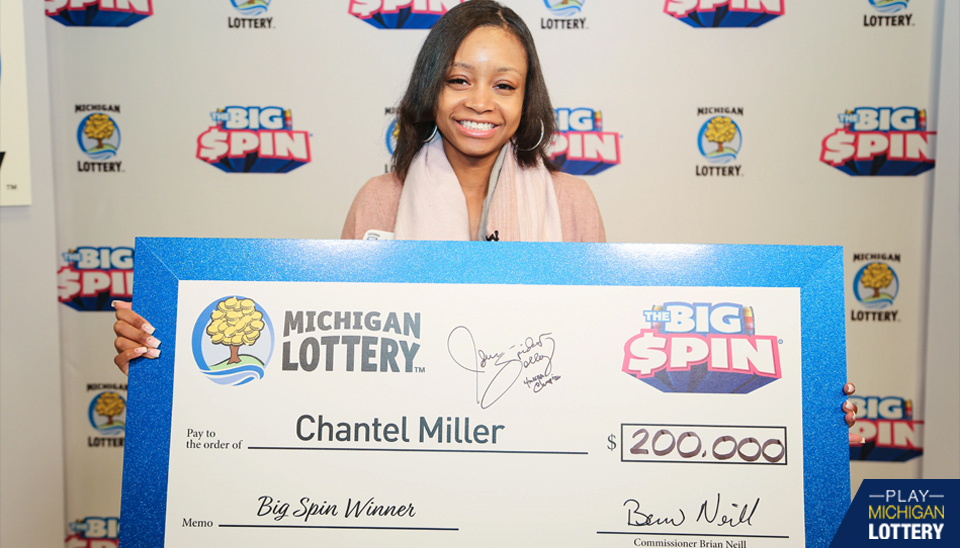 Play Michigan Lottery’s The Big Spin game and good things could happen to you. Ok. What…? Not a winner? Well, register your ticket as a non-winner for a free second chance – with even higher stacks. Sure. And boom! Big Spin – You’ve won a random drawing – Meet TV show celebrity host. And before long its lights, camera, SPIN for a guaranteed cash prize of at least $100,000.

Well, this is what I imagine happened to today’s second-chance-lucky Michigan Lottery player of The Big Spin game.

Detroiter, Chantel Miller, now plans on helping out her mother after she won $200,000 on Michigan Lottery’s Big Spin show. The 26-year-old won the big prize after spinning the prize wheel on The Big Spin show hosted by Detroit basketball champion John Salley. Miller was selected to participate in the show after entering codes from non-winning The Big Spin tickets online.

“When I heard about The Big Spin show, I bought tickets pretty regularly hoping to win,” said Miller. “When I got the call to be on the show, I was surprised and excited!