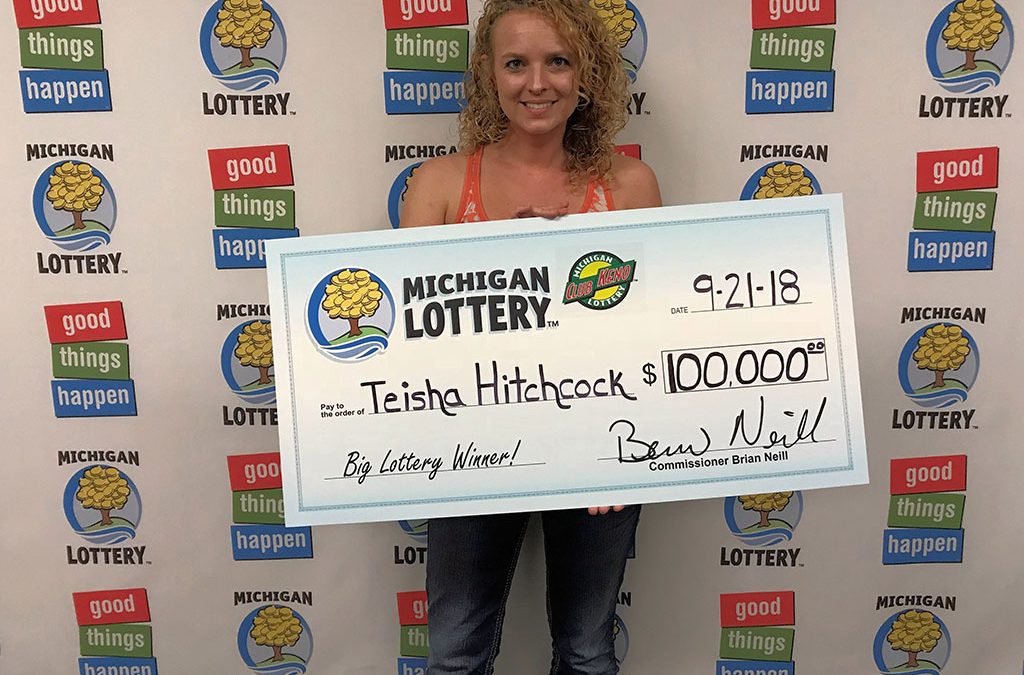 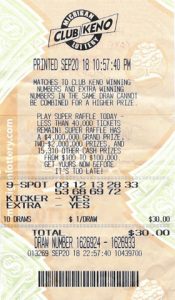 Matching only nine winning numbers typically yields a $25,000 prize. Hitchcock had selected the KICKER option so, that multiplied her prize by a factor of four totaling the $100,000 prize. She bought her winning ticket at Meadow Lanes, located at 430 West 5th Street in Gladwin.

“I had bought a Club Keno ticket before my shift and won $22, so I put $8 with it and bought another ticket after my shift,” said the 35-year-old Hitchcock. “When I peeked at the drawing and saw eight of my numbers.

“I remember thinking: ‘If 12 comes in I’ve won big!’ Just after that thought passed, 12 hit and I dropped to my knees and started bawling. My co-workers all came running thinking something was wrong until I explained I was crying tears of joy.

Hitchcock visited Lottery headquarters recently to claim the big prize. With her winnings, she plans to buy a car, open a college fund for her son and save the remainder.

“Even when I’ve struggled, I’ve always done my best to pay it forward. This is a blessing for always working hard, doing the right thing, and helping others,” Hitchcock said.

Hitchcock is the second player to win a big prize playing Club Keno at Meadow Lanes this year. In February, Kent Crawford, of Gladwin, won $69,209 playing The Jack. It was Crawford’s second big Lottery prize. In 2016, he won $100,000 playing Fantasy 5. Other players who have won big prizes from the Michigan Lottery playing Club Keno include August’s $100,000 Win by 22-year-old Ryan Hainer of Grand Rapids city in Kent County.