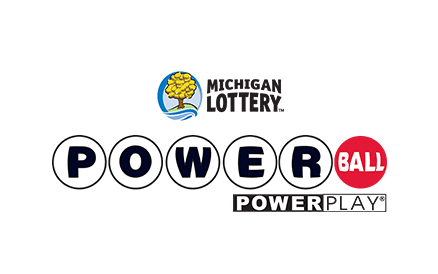 Powerball is a United States lottery game run by a non-profit, government-benefit association, Multi-State Lottery Association (MSLA). The game is offered in 44 states including Michigan, Washington D.C., and the US Virgin Islands. The game is remarkably straightforward and easy, yet highly fruitful. In fact, Powerball holds the world's highest jackpot record of $1.586 billion set on January 13, 2016.

However, if you are not a U.S. citizen and you win a substantial jackpot, the IRS deducts a flat rate of 30% from your winnings. U.S. citizens, on the other hand, are subject to a different set of rules.

As fun and famous as the game is, some states just do not sell Powerball. This includes Alaska, Hawaii, Nevada, Utah, Alabama, and Mississippi. These states prohibit lotteries by law.

Feed has no items.

How to Play Powerball

Powerball is played by predicting up to six ball numbers for an upcoming drawing. Players select any five white ball numbers out of a pool of 69 numbered balls. Then select one more red Powerball number out of 26 balls.

Up to five sets of numbers can be played per play slip. And you can select the Multidraw option to play your numbers in up to twenty-six consecutive drawings.

As of June 2019, each Powerball ticket cost $2. However, it may cost you a total of $3 if you also purchase the optional Power Play feature.

The ultimate goal for players is to win the jackpot prize by predicting all six winning numbers to be drawn. However, that is not the only way to win a Powerball prize. There are eight other prize-winning combinations.

Still, the prize you win depends on how many numbers on your played ticket match the winning numbers drawn. Matching a few winning numbers could win you a prize between $4 and $2 million. So, the more numbers you match the bigger the prize.

After all, your white ball numbers don't have to be in the same order as the winning numbers drawn. However, the Powerball number must match exactly.

Usually, Powerball drawings occur at the Florida Lottery studio in Tallahassee. The drawings occur every Wednesday and Saturday night at 10:59 PM Eastern Time. However, Powerball ticket sales cut off at least 59 minutes before each drawing.

If your Powerball ticket doesn't win in the drawing you played. It's not eligible to win in a future drawing. That is unless you specifically pay for multiple drawings.

Powerball jackpots roll until won. Meaning, the more drawings occur without a jackpot winner, the higher the jackpot prize gets. However, if won, the jackpot resets to its starting prize of $40 million. And the loop continues.