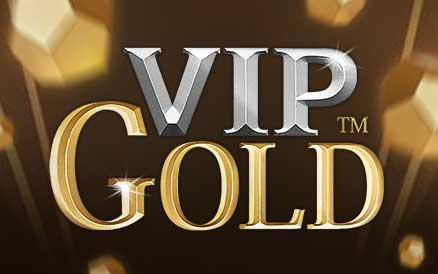 VIP Gold is a digital flip type of instant win lotto game, played online and offered by the state-run Michigan Lottery. VIP Gold is simple yet thrilling to play and with any luck, offers some really good prizes.

HOW TO PLAY VIP GOLD

To stand a chance of winning up to $60,000 in VIP Gold prizes, you first need to choose one of three possible ticket number sets. You can either choose to play with a set of ten, twenty, or a set of thirty tickets. Then select the cost of a single ticket. The default cost of a single ticket is set at 5¢ a ticket. However, you can choose to increase the cost to 10¢, 25¢, 50¢, $1, or $2 each.

Your wager amount per play equals the number of tickets selected multiplied by the chosen cost of a single ticket, which is illustrated in the following diagram:

To scratch off the game click on reveal all or click on each ticket manually and it will flip over to reveal if it is a winner or not.

Odds of Winning in VIP Gold

The wide-range odds of capturing a prize in VIP Gold are 1 in 54.50. But, may vary depending on how many tickets are at play. The more tickets you choose to play with, the better the odds of winning a prize. It can be broken down as follows: 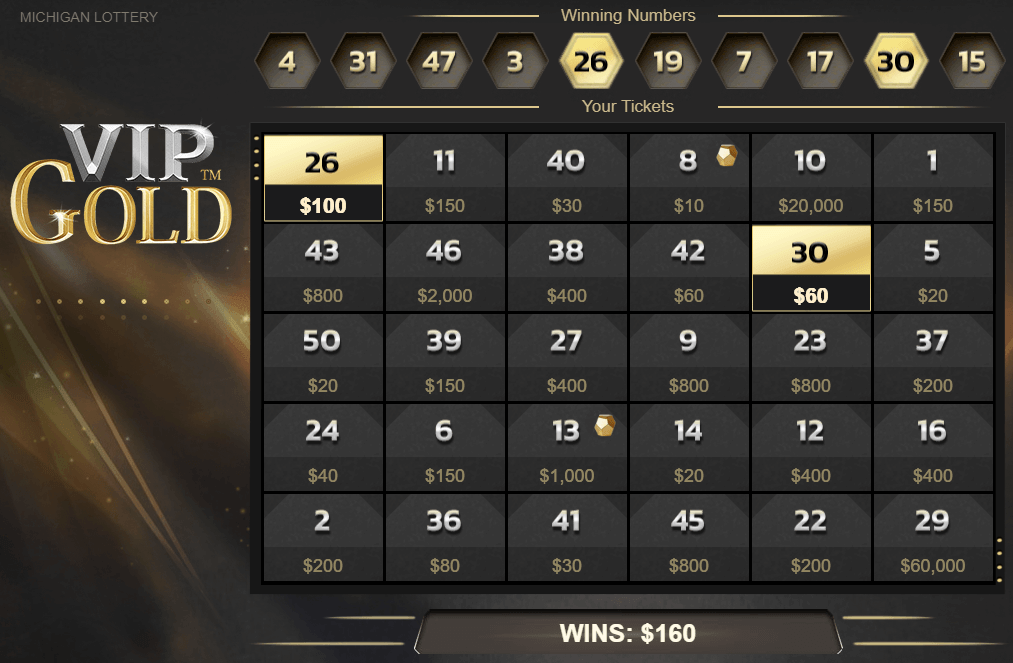 How to Win in VIP Gold

To win, the player simply has to reveal the numbers on his playing tickets and if any match the ten winning numbers, the player wins the total prize shown on all winning tickets

Other ways of Winning in VIP Gold

There is more than one way of winning. You also win when you reveal gold nuggets. If you reveal three, four or five of these Gold Collector symbols, you instantly win 30x, 300x or 3000x the cost of your ticket.

Another way to win in VIP Gold is if any of your playing tickets reveals a GOLDEN DOUBLER symbol.

Revealing the GOLDEN DOUBLER symbol wins you a bonus round, and you will automatically be entered into a golden doubler bonus game, where you can instantly win hundreds or thousands of dollars in prizes.In this round, you can only flip one tile at a time, up until you reveal four tiles bearing the same prize amount - you win the prize amount common on the four tiles.

How to Claim Your Prize in VIP Gold

Prizes of $600 or less will automatically be added to your account. However, prizes over $600 will be added to the pending prize screen and must be claimed in accordance with the Michigan Lottery’s online-claim process set forth in the terms and conditions and all prizes must be claimed within one full year. 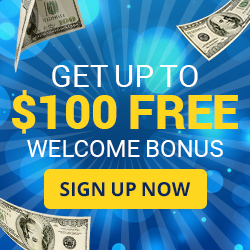