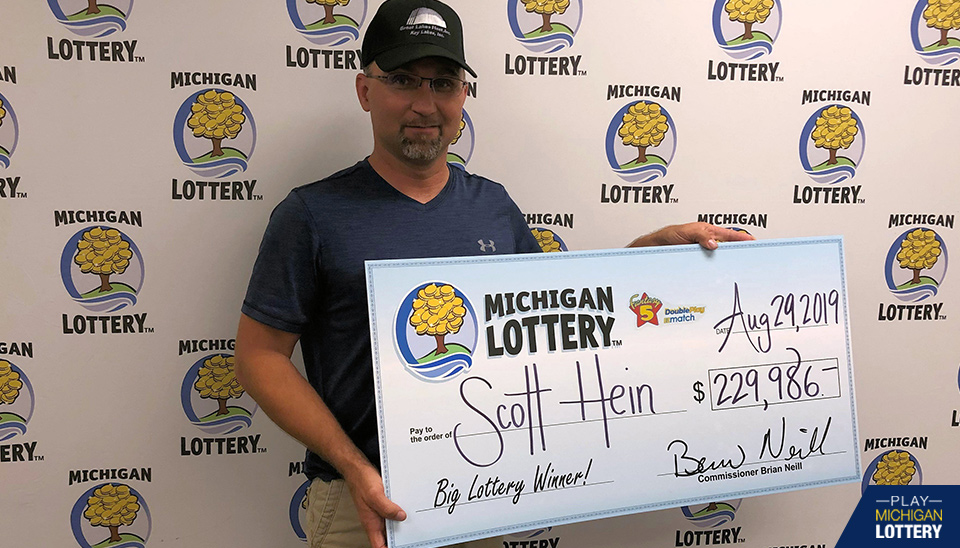 Another big prize won playing online, on MichiganLottery.com. On July 4, 2019, Scott Hein, of Rogers City won a Fantasy 5 jackpot prize worth $229,986 from the Michigan Lottery. However, none of the people he told would believe him. So, he had a lot of convincing to do.

Scott Hein matched the Fantasy 5 numbers drawn to win the big prize 02, 15, 25, 35, 38. He bought his winning ticket online at MichiganLottery.com. “I was out on a boat in the middle of Lake Michigan celebrating the Fourth when I checked my phone and saw I won the jackpot,” said Hein, 50. “None of the people I was with believed me. I had to go person-to-person showing them my phone to convince them.

“Then I called my wife and son and they didn’t believe me either. Honestly, it was kind of hard to believe it myself because I thought no one north of Saginaw ever won, but this just proves it can happen to anyone, anywhere.”

He recently visited Lottery headquarters in Lansing, to claim the prize. With his winnings, he plans to pay bills and save the remainder.